What is a “JIMCO KPC” UV kitchen hood?

Step 1: As the smoke passes by the UV lamp, fat molecular chains are broken down into smaller molecules.

Step 2: UV-C rays react to oxygen in the air to produce reactive oxygen, which is at highly volatile state. Photolyzed small oil molecules enter the vault with reactive oxygen.

Step 3: Cold combustion of the small grease molecules with reactive oxygen is carried out, after which the oil molecules are broken down into CO2, water and palmitic acid to be released outside.

Step 4: Under the effect of UV-rays and reactive oxygen, organic substances contained in the smoke are photolyzed and oxidized and the smell is eliminated.

Conventional hydro-vents or E.P only isolate oil molecules without the cleansing effect during their operation, which means the users need to pay a high sum of maintenance fee regularly. For hydro-vents, a specialized cleaning agent is required. Also, the grease will stick onto the hood and the vault which require regular cleaning.

Further, hydro-vents or E.P are more bulky in size and occupy more space. With greater wind resistance (usually over 300Pa), they require a larger ventilation fan and thus larger vault. Given how expensive space is in the city, the use of space should be taken in account.

Finally, the cleansing rate of hydro-vents usually reach 60% in maximum if operated under ideal situations, and that of E.P usually reach 90%. However, these rates are not stable because a highly saturated filter could directly affect the cleansing power of E.P, which drastically decreases the efficiency of E.P after 2 weeks of use.

1) With photolytic oxidation technology, a “JIMCO KPC” UV kitchen hood breaks down the grease smoke, leaving no residue in the hood or in the vault and saving the cost of cleaning;

2) With only 50 Pa of wind resistance, a “JIMCO KPC” UV kitchen hood has a small vault and takes up less space in the kitchen;

3) Cleaning is easy for ”JIMCO KPC” UV kitchen hoods, which require only wiping with water every 2 months or so;

4) The”JIMCO KPC" UV kitchen hood is verified by CMA Testing and Certification Laboratories to be capable of a stable cleansing performance of over 85% under the specifications of Hong Kong Environmental Protection Department. 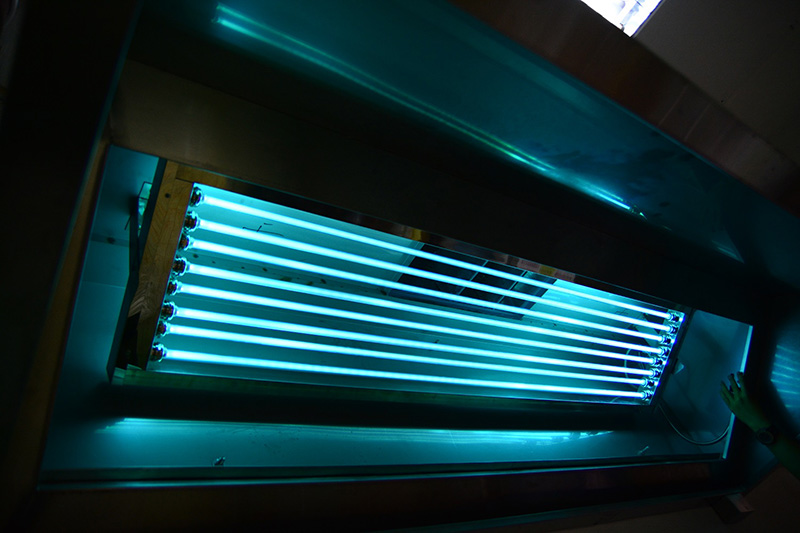 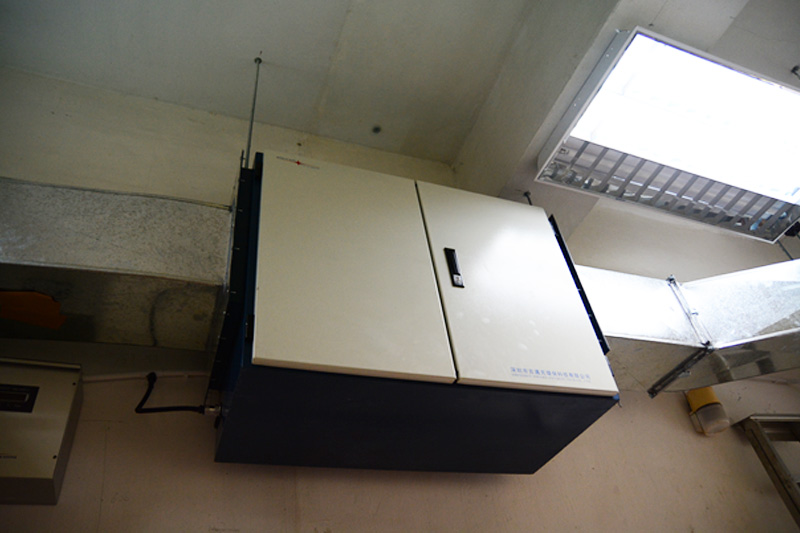 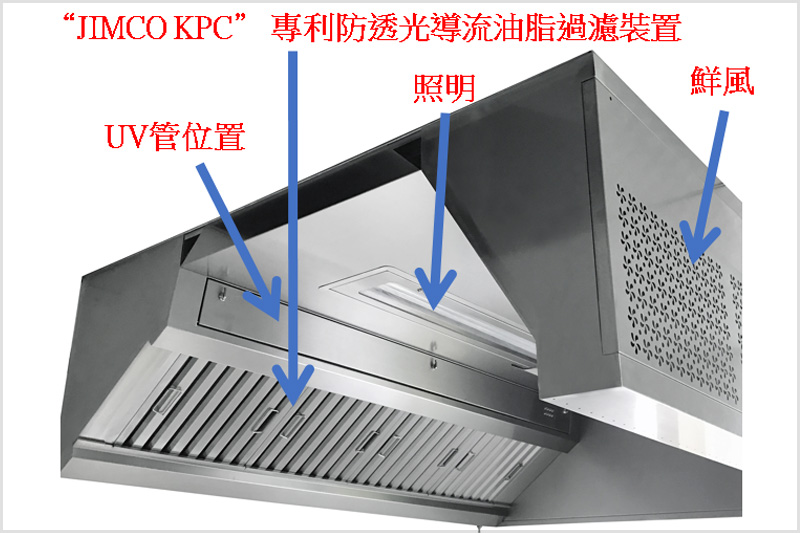 As a multi-functional comprehensive company, JMST not only works as an agent for selling high quality products but also provides professional consultant service. “Based in Hong Kong, Support from Mainland China, Facing Read More